When I was fourteen, I thought my life was so difficult. I mean I was just fourteen and I had a lot to do unlike many boys my age. At that time, I had to wake up as early as 4:30 am to help my Mama prepare food that she would later sell at the Motor Park. Being a male child did not exclude cooking and house chores in my house, my parents frowned at laziness of any kind, even girls had days they wash my father’s motor cycle. By 6.00 am, my mother would be at the park, my siblings and I would later help my father arrange the shop where he sells building materials. Every morning, we had to arrange the materials, displaying them outside the shop before 7.00am so as to meet up with early buyers.

Bathing and eating only takes thirty minutes because my father would never hear that a child of his went late to school. After school, I attended extra lessons in a teacher’s house who had taken interest in me. He wanted me to enroll for a junior mathematics competition which would earn me a scholarship to one of the best science schools in the country at that time. My parents believed I should not just enroll for the competition but Pass excellently. I did not believe I should; I was doing well in my class and all was well with me even though I was not like Gabriel, my friend who had a less difficult life than mine. At least he didn’t have to wake up at 4:30 am nor do a number of house chores. Worse still, he was not forced to attend the rigorous lessons I had to attend. The last time we went to his house after school, that was before I went for my extra lessons. Lunch was already on the dining table waiting for him and after we ate his food, he switched on the TV and said he had some programmes he had to catch up with.

When I was coming back from the lesson that day, I was embittered, I wished I had Gabriel’s parents. They didn’t push him to do more than he did. He wasn’t part of the top ten in our class, but his parents were contented with his performance. I was one of the best three in my class and parents felt I could do more. Less I forget I didn’t tell you that after lessons, I had to help mama wash the plates used at the park while my siblings also help in picking beans, washing pepper and the likes. The News was the only TV programme we were allowed to watch on week days, after that, we all go the library to read. Sometimes our parents stay and pray with us after reading, other times they remain in the sitting room and call us for prayers afterwards. We were allowed to watch our favourite shows on weekends, even at that, we still had to read.

Ten years down the line, what I thought was a difficult life has paid off for me so tremendously. Now I don’t wake up to cook at 4:30 am anymore neither does my mama but my day starts at 4:30 am nonetheless.  The discipline my parents instilled in us has prepared us for the enviable places my siblings and I are now. They saw what we didn’t see; they pushed us to fill our capacity. I remember the last time I went home, my friend Gabriel whom I envied so much at that time now had his turn to envy my success. I thought the kind of parents he had were the best, but mine were and still are. My parents are enjoying their lives right now because they are indeed ‘eating the fruits of their labour’.

Oh, I eventually passed that junior mathematics competition and my life has not remained the same ever since. Actually, that was the last time my parents paid for my tuition. I had three full scholarship offers for my Masters in choicest universities and as it is now I am in the place every 24 year old wish they could be but are not. As for me, this is just the beginning because eyes hath not seen nor ears heard, what God has in store for me. If you feel your life is difficult now because of the price you have to pay to be successful and become what God has planned for you, I tell you the alternative is to do nothing and then you won’t get anything and then you won’t become anything. Your life and destiny is worth the price, so please do something, don’t be tired, then do more and do more and Keep flying high because that is where God wants you to be. 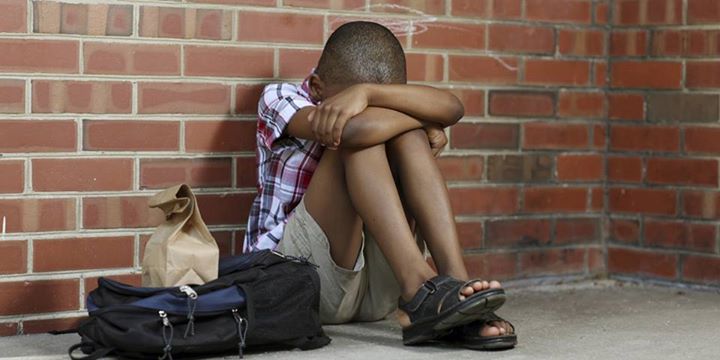