One of the biggest challenges in Jason’s life was to relate with people, he was that kind of guy you never noticed whether he was in a place or not. Without exaggerating, he was the kind of person that could hardly say a paragraph in a day. Saying hello to anyone was a problem and if anyone said hi, the person would have gone have a mile before Jason decided whether to reply or not. Not because he was a snob, he did not just know how to carry on the shortest conversation with anybody. Fortunately, he has the good looks, speaks good English with a British accent and very neat, these qualities ordinarily will make people want to relate with him but it was the other way round. 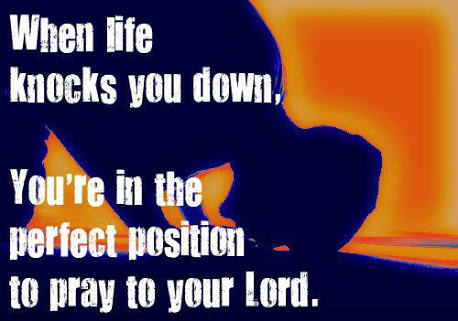 All through his primary and secondary school, he never asked questions in class, seldom answered when he was asked but he always wrote the right things on his paper and came top of his class. While in the university, the status quo was maintained and no one really noticed him until he was pronounced as the best graduating student of his set.

On the contrary, what the few people who know him did not know was that Jason was a talker, while alone in his room, you would think he was talking to three to four people, switching roles and rehearsing how he would make a friend the following day but he always failed himself. By the time he got his first job, the world had become a virtual public and people could actually live on the social media like real people so Jason’s fears of relating with people was forgotten, he lived and practically did all online, having  friends to chat with. Funnily, these were people whom Jason did not relate with as colleagues in the office, friends in church and in professional bodies but kept as contacts on social media anonymously.

Years down the line, as Jason rose in his career as a software programmer, he needed to hold talks and seminars regularly with companies in and outside the country and his fears resurrected from where he thought he had buried them. His colleagues and associates could not fathom why Jason could not explain the procedure he had used to design a particular program to people who needed his services urgently. At a time people began to doubt his credibility of the software programs when he could not explain the procedure, but later, they saw for themselves what the problem was.

More so, prominent organizations and agencies wanted to have him as speakers on seminars and youth shows to mentor youths and teach them to be successful but he had to turn most of it down, the ones he saw that he could not turn down, he refused to show up as planned, sending apologies to many. Whenever anyone got close to help, he took on the heels and ran for his life so people did not see him as only shy but weird and some began to avoid him as he was also avoiding people.

Titilola, a cute and caring colleague of his, who realized the predicament arranged with the management of his company to get a communication tutor for him, because being a brain behind the mysteries he was designing as a software, he needed to overcome his communication problem. But the communicator expert gave up on him after two years of trying to get him to talk. Titilola took it up from there and every one could see that there was a connection between these two but Jason became worse, the inability to engage people in conversations has become normal to him overtime, but not being able to talk with Titilola was miserable for him, this was the woman he wanted to spend the rest of his life with.

They hardly saw, because he got up so early and came back so late at night. His aunt was the one who brought him up but as soon as he was five the dad told her they could manage and told her to leave. Jason remembered how he and the aunt had wept, finding it hard to leave him alone but the dad had ordered  him to behave himself and that was what he had  actually done ever since “go to your room and behave yourself” that was all.

It was the aunt that told him how his mother had died at his birth which had greatly affected his dad’s life, it was later, Jason realized his dad blamed him for his mother’s death. As much as he would have preferred, his father did not want to have much to do with him, he wanted his wife back. And all he did was to make sure he never lacked anything, he had his own driver, there was a cleaner and chef in the house, so all Jason did was to eat and go to school. From time to time, his father would only ask what he needed in terms of school fees and clothing and upkeep money. So this was how Jason’s life was shaped, the only one he could call family shut everyone out of his life because of his grief.

Jason did not even know it was abnormal not to relate with people, he thought it was a way of life that people didn’t want to be disturbed, that everyone should just keep to themselves, until people started having issues with him in school, saying he is snobbish, egoistic, proud and pretentious. But they did not know that he wanted to able to do this too but just didn’t know how. He found it hard to even talk with the communicator expert his company had hired for him and his rules were just too many. He was so sure that with Titi his fate might actually change but his problem was how an adult can tell another: please teach me how to communicate.

When the management saw that they could no longer put up with Jason’s shell life, another programmer was employed and within months he began travelling round countries, enjoying all the benefits Jason was to be enjoying. Jason got angry with this and left to stand on his own, he had the money and the brain power but because of this same problem of his, his company; Jason’s plus folded up. It was when he saw Titi’s wedding invitation’s website link on his Facebook page that he knew his life was going to come to a miserable end if he didn’t help himself. His aunt being the only one he could talk to as family became his succor, he cried out his heart to her knowing that at thirty eight if nobody came to his help he was going to die irrelevant.

Aunt Marie could not but grief with him, she even blamed herself for leaving him with his father, she did not know he had all of these problems going on. All these years, Jason had hid behind his smile. Not knowing what to do, she told Jason to start writing all he wanted to say to people on paper in a form of diary, no matter how weird it sounds, he had to start from somewhere. When Jason wanted to give excuses, Aunt Marie became furious with him, challenging him:

“if you end up this way, you have yourself to blame, Jason, look at yourself, God has provided everything you will ever need on earth, fine! Blame me for leaving you or blame your mother for dying or your father for bringing you up in the most unloving manner but what have you done about it, sit there, waiting for a miracle? Jason, can’t you see how God has been faithful to you, providing you help all the way but you rejected them all, as a believer, you know God does not leave nor forsake his children, you have that in your bible which you strongly believe in, so it is not about God letting you down but you letting God down. Imagine the number of lives you could have touched, people you could have influenced by your successful life but you did not want to live your comfortable shell, you preferred to stay there, I can’t see much of efforts on your part here but only intentions and wishes.All is gradually slipping away from you now and if you don’t break this hold on you, you will have yourself to blame for this.”

Aunt Marie had never spoken to him like that before but the words sank, he had to stay there a few days before deciding what he was going to do. The rudiments of greeting people started with Aunt Marie, it was awkward at first but by asking for God’s help and confessing Psalms 121, he began to improve. When he returned to his home, he greeted his neighbour for the first time in years and by evening, the man brought his family members to say hi to him.

He enrolled himself in a communication program learning how to listen, relate with individuals, groups and communicate publicly. He took this program so serious his tutors thought he was over serious but he told them he had to pay severely for what he had lost. When he applied for his former position at the company he worked for, he was turned down and many who offered to accept him wanted to pay less than he was worth so he gave it a try to re-openJason’s Plus and that was when his breakthrough started. Through his program he connected with human resources agents who helped him with the recruitment and marketed his products and capabilities. At the company’s third year, even his former employers wanted to have him as a consultant but he was too busy for that, they could only join his mentoring program. All the while he continued with his program of communication because he didn’t want to lose it. Even when his tutors told him it was okay to withdraw, he still employed a personal trainer because he did not want to take chances with God’s gift over his life.

At forty three, when he was getting married to thirty-two year old Daniela, the one he “wooed” all by himself but with God’s leading anyway, he gave everyone a free copy of their book titled IF LIFE THROWS YOU DOWN, BLAME YOURSELF FOR NOT GETTING UP” authored by Daniela and Jason Olabode.