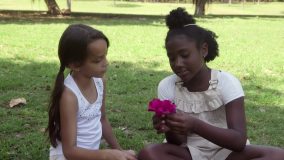 Sitting alone in the bus while waiting for other passengers to fill in, her reflection in the side mirror made Dammy recall the look on Biola’s face some months ago while she had unintentionally revealed that she was in love with Harris, she needn’t say it though, it was clearly written on her face. She would do anything to have that kind of peaceful and love-struck look in exchange with the pain surging through her body and face right now. Biola had pleaded with her before then to give Harris a chance and forget Timi but true, she had been very blind, from all indications Timi had used her and dumped her like a banana peel. She had agreed to go out with him after offering her the future she had desired with a ticket to Dubai but he had been so cunning to keep her going out with him without fulfilling any of the promises and yet there was Harris who was so faithful and true.

After all she made him go through, he still had the kindness to come and rescue her from Timi three nights ago when it became obvious that Timi might kill her and get away with it. That day she had gone to where Timi sent her: the worst assignment she had ever done, to kidnap a young child for one of his friends who was into child trafficking, she had done so many others like that all because of the love she had for him and the assurance of the super beautiful future she longed for because Timi was richer than any man she had ever met.

The kidnap was unsuccessful and she barely escaped being caught, only to find Timi in the arms of another whore on their bed, she was so furious that she nearly broke a bottle on the girl’s head but she managed to escape, “how could you be sleeping with another girl while I was out there risking my life for us”, she thought Timi would come to his senses and plead guilty but she knew that day she needn’t look elsewhere for another devil, he beat the life out of her and sounded a warning that he was going to kill her. Dammy thought she must have angered him so she began to placate him like she had always done anytime he beats her like that, kissing his feet with arms tied around his legs thinking that would soften him but he used his right hand to lift her face up as if he wanted to kiss her and bit into her lips so hard she had to punch him in the stomach and another fight ensued. That was all she could remember until she woke up around 11pm, she must have passed out from the beating because she couldn’t lift her body she just stayed glued to the floor waiting for death which she was sure was coming soon. Faintly she saw a small light beeping afar off consistently; it was the only light in the room because the room was very dark. She rolled in pain and moved towards it with all the strength in her and she saw it was her phone, she couldn’t hear its ringing but saw the beeping light, it was Harris, she could only say little before passing out again.

The next time she woke up she was in the hospital with her head, arms and legs bandaged, it must have been a miracle for her to still be alive she remembered everything now, how Timi had vowed he was going to kill her for assuming she owns him and challenging him of sleeping with another girl, though she knew he keeps other girls but she was content knowing she was his constant girl and future wife, but she had only assumed because he never told her any of his future plans. She could lift her head now and even her hands but she was still in so much pain, just then her friends and Harris entered carrying food and flowers.

“Hey you” came His deep rich voice, his eyes were so full of care; he held her hands and quickly said a short prayer and said he had to go back to work. All eyes were on him as he made his way out and then the chatter and gossip began, the girls started talking at the same time as if Harris’s presence made them dumb. Tonia recounted the episode so fast, that Dammy needed time to take it all in “God! you are so lucky to be alive, he saved your life, he had come rushing to our apartment in the middle of the night, panting, he said you picked his call after so many rings and you mentioned inaudibly that you were with Timi. We all came there that night and Timi was nowhere, the whole house was empty and I am sure he left you to die.” While Tonia talked, Biola was just sitting at the edge of the bed, smiling sadly; finally she looked at Dammy straight in the eyes and said “you are so lucky”

Picking her hospital bag, Dammy highlighted from the bus and surprised her friends because she didn’t tell them she would be discharged soon. Many weeks later when she had fully recovered mostly with the help of Harris, he came back again professing his ceaseless love for her.

“You are the one whom my soul seeks”

“You must be crazy? How could you live all the good people around and seek for a wretched soul like me”

“And what are you? A saviour?”

“I am the light of the world; he that followeth me shall not walk in darkness, but shall have the light of life”

“I am not someone you should even look upon let alone love for I am so dirty and unworthy” as if that was the answer he needed to hear, he touched her arm and said

“Come and let us reason together, though your sins are as scarlet it shall be white as snow…..”

His face was the perfect definition of a peace she could not describe, she wanted to turn away from him and run as far as her legs could carry her but his gaze held hers with his hands outstretched, she couldn’t just say no, but how could he? How could he love her after what she had done with her life, she was so unworthy to receive the love of a kind and righteous man like him, but she feared for the likes of Timi who are still out there hunting for the greedy and vulnerable ones like her, so she went willingly into his hands determined not to ever look back again for his love was beyond logic!.

“Your argument is more superior and I don’t know what to say again, but I can see the truth in you”

With her hands in his, he said, “ye have known the truth and the truth has set you free, this truth cannot appeal to commonsense so then cast the whole of your care, your anxieties, all your worries, all your concerns, once and for all on me for I care for you affectionately and care about you watchfully”

Hugging herself so tightly on the bed, Dammy woke up looking around for her love, Tonia and Biola gave her the mischievous look and she knew she had been sleeping for it was all a dream. She couldn’t understand such a long and vivid dream but she knew it was more than the ordinary. So she got dressed and went straight to the house of a colleague who had been preaching to her to give her life to Christ. Her colleague couldn’t understand the dream either but she said it was a revelation so they went to meet her pastor and he explained to her by the revelation of the Holy Spirit just as if he was part of the dream.

God (Harris) had shown her a revelation of his love to him, she had been dining with the devil (Timi) and now God has personally invited her to become a daughter in his kingdom. The pastor further explained that people like Biola are Christians who do not know what their benefits are in Christ, they do not pray but complain about their problems and then they try to work things out on their own but fail because they are neither fully in the kingdom nor fully in the world. The pastor led her to Christ and offered to follow her up in faith. When she got home she took out her journal and began to write the immeasurable love story revelation, SHE HAD BEEN DINING WITH THE ENEMY but now she was going to continue sharing her love story till her king calls her home. Firstly she started with her roommates especially Biola who was an important part of the dream without her knowing.