LETTING GO!
I just hate you! Don’t you get it? Just leave me alone those were her words to Daniel; Daniel had always wanted a relationship with her. He would stalk her then send all her friends to her, just to make her see how much he loves her but she would not go out with him. Those words went down to his spine but why would she hate him? He kept wondering. She wouldn’t stop shouting at him Are you deaf or seriously drunk? I said leave my house now! like a little boy whose mum forgot his birthday, with his eyes so red and close to tears, he turned around and left. She hissed and continued to watch the movie.
Her friend, Esther, walked up to her and sat beside her. With a soft voice, she said, What is it with you and men? But she shouted at her Esther too I just need some peace! she hissed and continued with her movie.
Esther looked into her eyes with love and affection then said, we have been friends for so long and yet I don’t really understand you. You keep sending every guy away, Sandra! please talk to me. This is our final year in the university; you should be in a relationship by now. (Sandra and Esther have been friends and roommates from their first year in the university).
Susan looked at Esther with tears in her eyes and said You will never understand, just let me be Esther sensed she was hurt but since she didn’t want to bother her, she deiced to change the topic…So are you still going for the super Lady’s programme tomorrow? Susan just wanted to be alone but she knew Esther will never take NO for an answer, she then replied If it will make you leave me alone, ‘yes’ I will go. With a big smile on her face, Esther gave her a hug and told her, she was going to see her boyfriend. She went to get dressed and left the room.
The super lady programme was really getting interesting has the organizers had invited top dancers and musicians to entertain the audience, Esther was glad her roommate was enjoying the programme as she could see her smile and scream. Just an hour after the programme had started, the guest speaker was invited to speak. She was a relationship expert and she spoke for 45 mins on the topic Its Time to Let go. She used her story to challenge them, “how she was hurt by men so many times and how it was until she let go of her hatred that she found peace and met her husband with whom she is happily married”.
It was during the speech Esther noticed Susan was crying, she gave her handkerchief and placed her hand gently on hers. The speaker told them she is available for private counselling anytime, she dropped her number and left.
Immediately she left, Susan stood up, Esther was scared, so she followed her wanting to know if she was okay. Susan followed the speaker, who was about to enter her car, Susans eyes filled with tears, she said in a soft but shaky voice Ma, may I talk to you now? The woman looked at her with a deep sense of love, she said My dear, I have another engagement right now but you can give me a call, I will find time for you tomorrow.  She gave Susan a big hug and told her Please give me a call. Susan felt relieved thanked her and left. Waiting for her was Esther who gave her another hug and said I love you, everything is going to be alright. They went inside to pack their bags and left for their house
Susan could not wait for the day to break, so she could call the woman. The wait finally ended, she called the woman and she gave her the time and the venue. Susan kept her appointment with the woman. She went with her best friend, Esther.

Susan told the woman how hurt she was, Esther held her tightly and the woman listened with keen interest. She told them the story of how she was raped by her favorite uncle when she was just 10years she tried to tell her parents but they were too busy to understand her and couple with the fact that the uncle told her, she would die if she tells anyone.
When she was 14 her childhood friend (Bob-cool and pleasant boy) also forced himself on her but the humiliation and previous experience with her uncle won’t let her tell anyone. At that point she vowed not to have anything to do with boys again, until she met Philip.
She met Philip in her first year. He swept her feet away with his charming and caring nature. She told him her story and he, in turn, promised her, he will be there always for her. He promised a no-sex relationship till marriage. One faithful day, she went to hang out with Phillip and met some of Philip’s friends there. In the merriment, she was drugged and she slept off. When she woke up, she realized, she has been defiled. She felt shattered, not only because Philip had failed her, like all the other men in her life, but because she wasn’t even sure how many of them had sex with her.
She rushed back to her hostel, she could not tell anyone not even Esther what had happened because she felt used at the same time guilty of trusting, just like it happened before, no one would ever understand. Then She vowed from that day on not to trust any man again nor fall victim of another man’s charm and sweet words.
The speaker walked to her side and held her hands, she then told her Sweetie, you have to let go, you are hurting and its affecting you. I know its never going to be easy but the past draws us back from the future. If you don’t let go of the past you will never embrace and see the beautiful things the future has for you.  Susan you need to stop hating yourself and move on! These men are not everybody, don’t allow them make you miss the wonderful people ahead. Susan stop holding on to past, you need to let go!
Susan wept loudly and said Ma, I am really trying but I’m hurt, Esther held her and wiped her tears with handkerchief. Deep within, Esther was feeling so bad, she could still that remember that day in 100 level when Susan came back very late in the night looking so disoriented and uncoordinated, she tried finding out but Susan would not talk and as their usual practice she let her be…”only if she knew, she would have kept pressing till she tells her the whole story.” By now Esther was also in tears.
The speaker held her hands again and told her These men have moved on but you are the one still hurt, you really need to help yourself, smile again. You deserve to be happy! Nobody knows how you feel and nobody understands what you are going through but allow yourself to be healed. Let the past go with the past, you need to welcome a new life. It is never going to be easy but I assure you it is worth it” After a talk of about one hour Susan felt relieved, she promised to let it all go and the woman promised to be in touch with her.
When they got home Esther apologized for  not being there when she needed her the most and for not truly understanding her but Susan apologized too for not being open minded to her.
It took Susan time but she has decided to start seeing the brighter side life has to offer and with Dr. Thompson by her side, checking up on her and making her feel loved, she finally let go and gave love another chance. She gave Daniel  a try and she never regretted it. 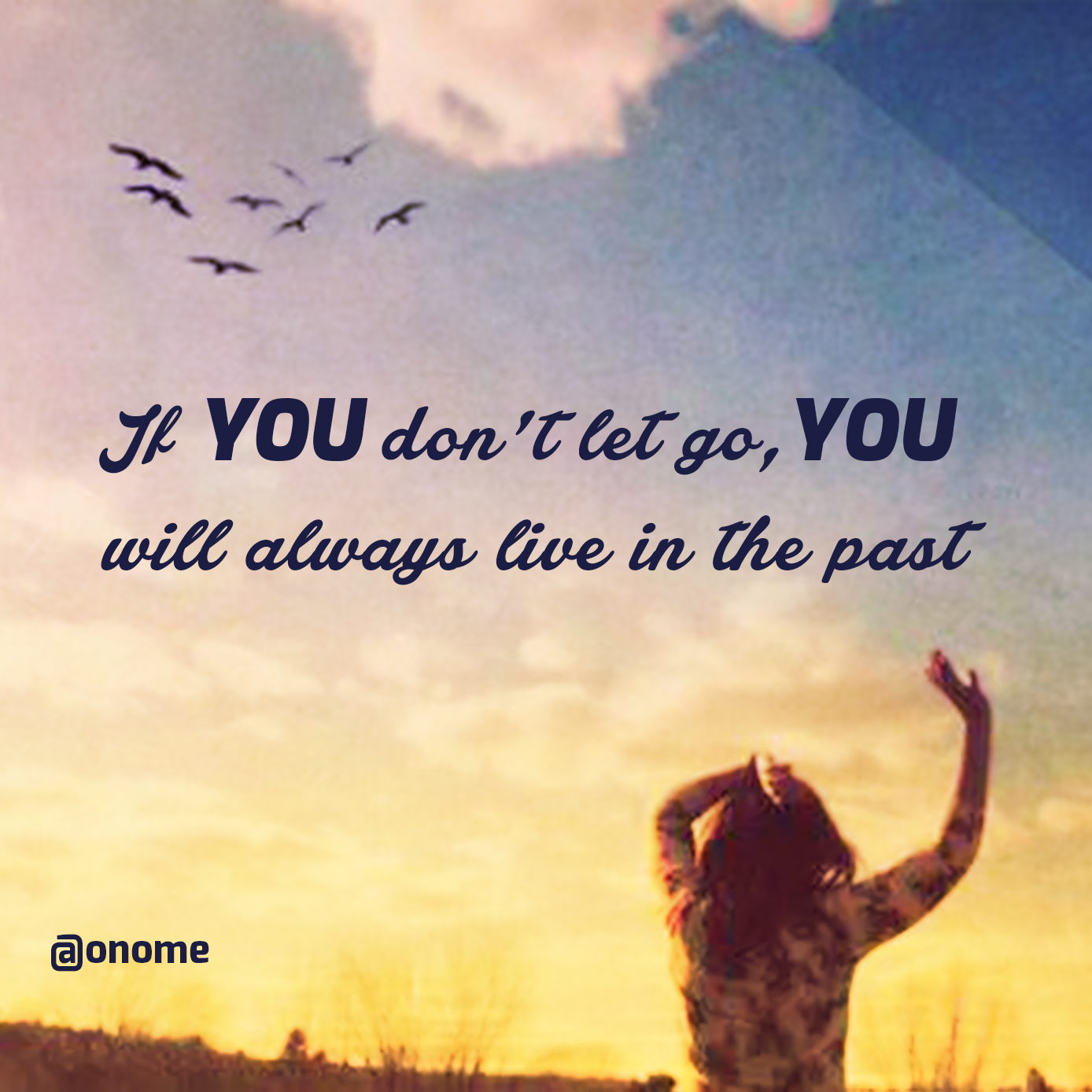 Lessons
1. You never get rid of bad experience by shutting yourself in and everyone else out
2. The past draws us back from the future. If you must move on, you must shed the excess weight of your past.
3. Most people who hurt you can’t even remember. If you do not let go of the hate, you would only be hurting yourself more.
4. Because friends say they are fine doesn’t really mean they are fine. Often times they just need someone to press a little harder and show a little more concern.
5. For every bad person there is a good person. People are different don’t judge everyone with the sin of few people.
6. A problem shared is a burden lifted. If it is more than you can handle find someone to talk to, if not a family, then a friend, if not a colleague then a professional.
7. You are in control of your happiness; not another man nor another woman, not an experience nor bad breaks, not the good things you have nor the things you lack.
Finally,  a lot of times as humans we are hurt by the people we love and trust the most but if we refuse to forgive and let go, we are the ones hurting. The future will never come around if you still hold on to the past. It’s never going to be easy but eventually it is going to be worth it.

Daphne Rose kingma said Holding on is believing that there is only a past; letting go is a knowing that there is a future
Its time for you to let go of the hurts and the pain, and welcome the future.
God Bless You!