Published by Onome Omodara on September 3, 2016

It was a cold night and everything was just working against her, it felt like her world was crumbling and she could not just understand why it had to be her. Esther was a beautiful young lady intelligent and smart, she was very determined and passionate to succeed she knew about all the rules of success so she was confident about succeeding and with each passing day she did her best to be a success but just along the line something tragic happened to Esther she failed and all her confidence and faith in herself died the minute she failed she was so scared of starting all over and all she could was cry and the only mistake was that she lost the courage to move on, she gave up and settled for mediocrity.

A lot have been like Esther, initially they had the zeal, the passion and the courage but when they failed they lost everything, they lost the courage to try again and the zeal to move on and so they subconsciously zoom into accepting defeat and hence settle for less. Many have said in their hearts “May be I’m just destined to fail” and they have naturally accepted to be a mediocre but let me ask you a question “Why settle for less when you were designed for success?”

Have you tried to imagine that if Thomas Edison had given up the first time he tried inventing electric bulb do you know he would never be celebrated today as the inventor of electric bulb? If Bill Gates had given up when he failed at Harvard do you think we would have Microsoft? If Wole Soyinka had given up when he had a third class do you think he would be the first Nigerian to win the Nobel Award? The list is endless every great man has a story they all have one thing in common which is the fact that they have all failed at a point while trying to be great.
You need to start failure from the perspective of it being a temporary defeat let go of the fear and begin to pursue the courage to try again for every time you need to believe that you are failed because you are a great person. Pursue your goals again and dream new dreams until you see beyond the fear of failing you might never move forward.

in his book Outwitting the devil Napoleon Hill explained that fear is the major tool the devil uses to make people perform beyond expectations and one of the fears he mentioned is the fear of failure a lot of people don’t try because they are scared of failing don’t allow failure keep you in a comfort zone and then make you live an average life, you were created for so much more don’t settle for less. 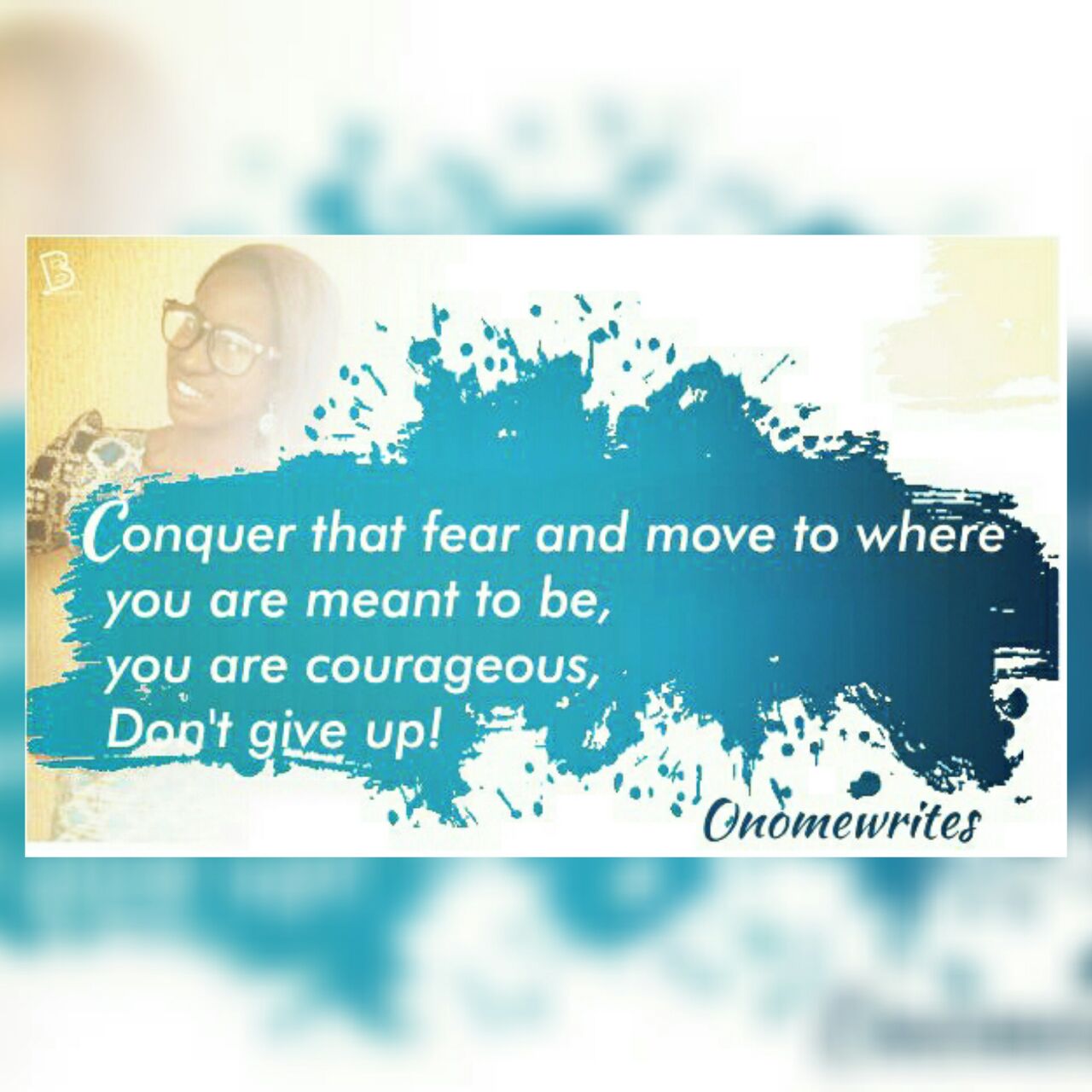 I challenge you to let go of the fear and gather enough faith and courage to try again just because you failed once has not made you a failure so stop crying, stop pitying yourself. “I learnt that courage was not the absence of fear, but the triumph over it. The brave man is not he who does not feel afraid, but he who conquers that fear”. (Nelson Mandela).

Stand up and conquer that fear because you have all it takes to be a success and you will not allow fear to define you, you are courageous so you don’t accept defeat and don’t settle for less.
A feedback from will you will delight me.
You are a champion.